skip to main | skip to sidebar

The Full Time Worker's Guide to a Good Physique

How to keep fit despite a hectic lifestyle. 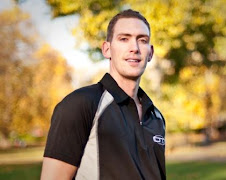 Ever wondered why you struggle to control your weight? Here are a few pointers about weight gain/loss that you may not know.

I’m not “Naturally Skinny”. My weight fluctuates like anybody else’s. Over Christmas I regularly gain half a stone/3-4kg. In January I lose it again through hard work. I train my muscles to remain strong and functional which also means I burn more fuel on a daily basis. This allows me to eat more than someone who simply does cardio or doesn’t train at all. I also do cardiovascular exercise in order to keep my heart, lungs and circulatory system in good shape.

At the age of 16 I was more or less fully developed at 83kg. Ever since then my weight has fluctuated between 83kg and 85kg with the exception of certain periods during which weight has gone as high as 90kg. This extra 7kg can be gained in a couple of months. If I didn’t change my habits at that point I would simply continue gaining weight and within two years I’d be at least 20kg (3 stone) heavier but I always nip it in the bud before it gets beyond my control. Last year, at the age of 30 I dropped to 76kg whilst training for an event. I had not been that light since the age of 13. The fact that I am now 31 hasn’t had any effect on my ability to control my weight because I try to maintain a lifestyle which doesn’t encourage weight gain. I do drink lots and eats lots at the weekend but I also spend the weekend playing sport. I do enjoy a beer or glass of wine at home in the evening but I don’t let it become habitual.

I’m a normal person whose body functions the same way as yours.

Posted by Dom Thorpe from DT Training at 08:14